Home » Tutorials » How to Convert Visio to TIFF

How to Convert Visio to TIFF

How to Convert Visio to TIFF

Step 1: Open the drawing and click File->Print Preview… in the Visio main menu 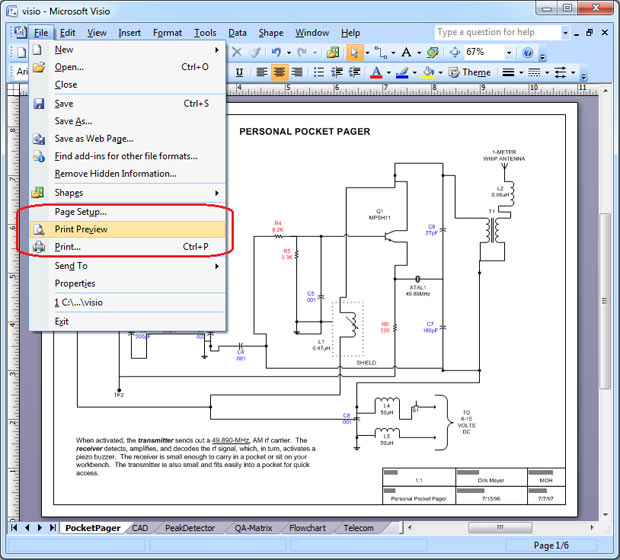 Step 2: Select Universal Document Converter from the list of printers 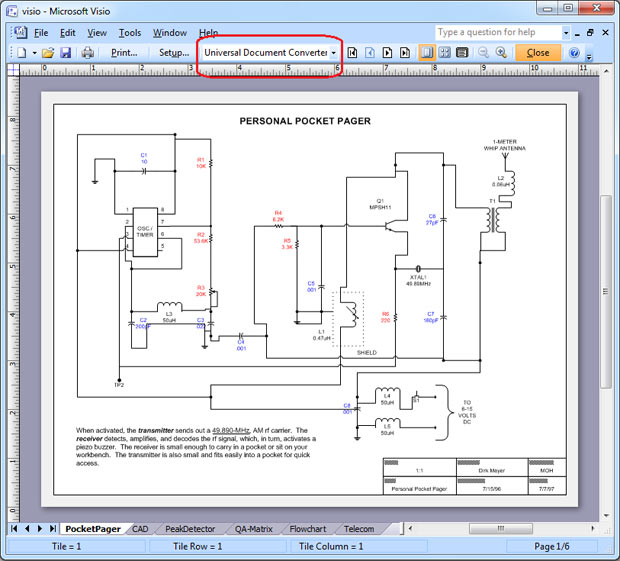 Step 3: Click Setup… In case the size of the printer paper and the size of the drawing page are different, try to change the page orientation or the page size to make them the same. Click OK to apply changes. 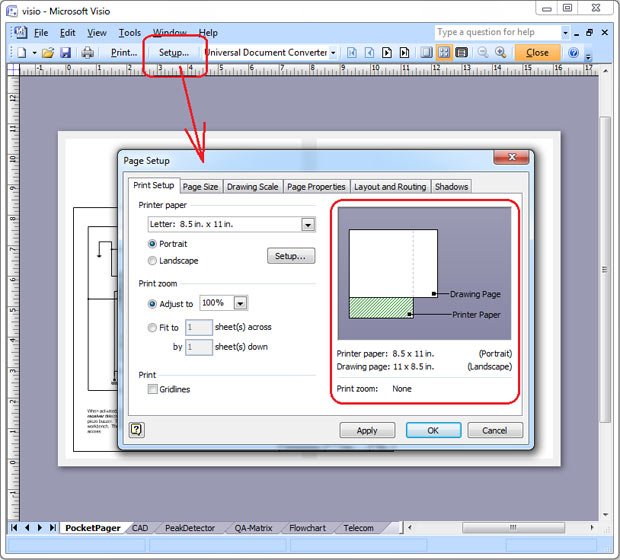 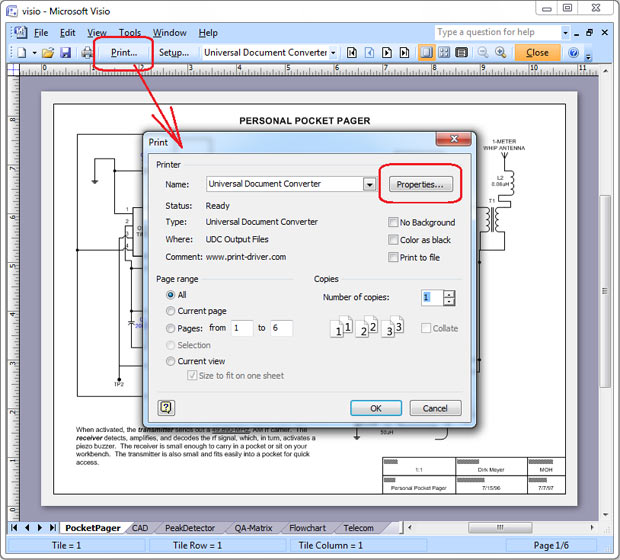 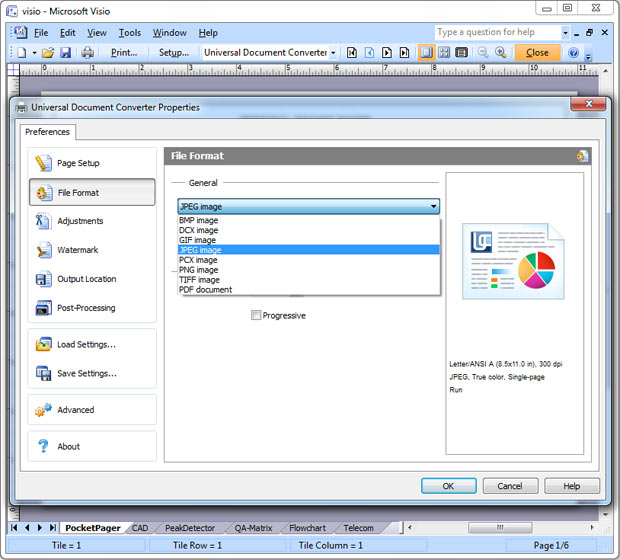 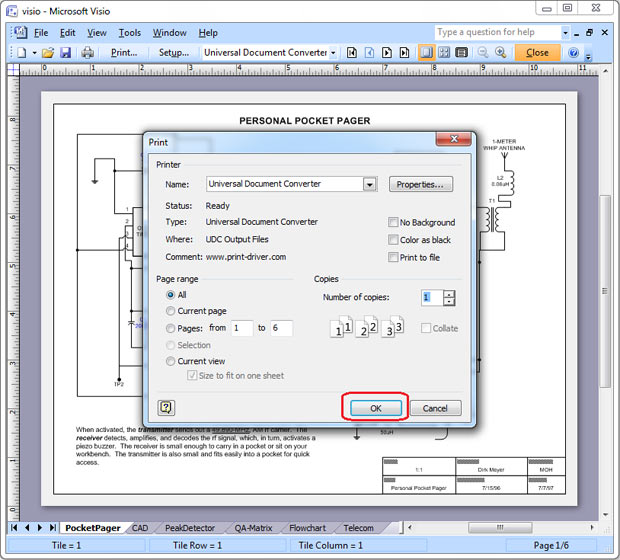 Place a Watermark on the Drawing to Protect your Copyright

Copyright protection is important when dealing with documents. To prove your ownership of a specific document you’d better place a watermark on it: 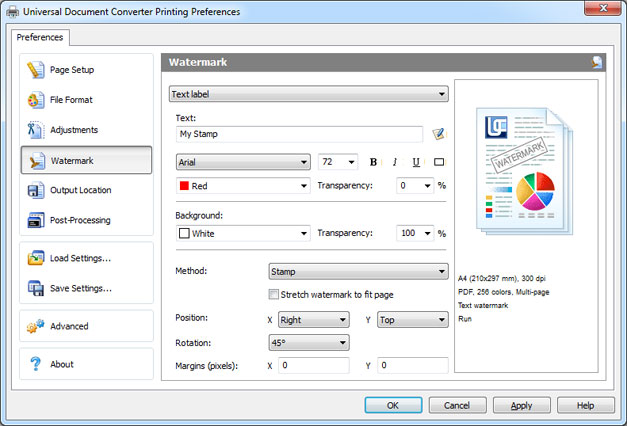 Convert Visio Drawings and Charts to TIFF in Batch Mode

Print Conductor is the software that goes along with Universal Document Converter and has been developed specifically for batch converting the files. Here is the instruction on how to convert Visio Drawings and charts into the TIFF format in batch mode: 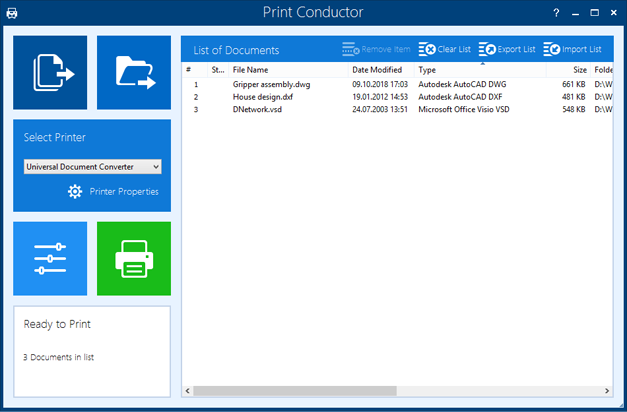 Here are some examples of Visio to TIFF conversion in different programming languages. 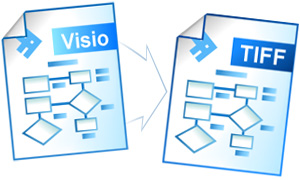